In the following, you will find information about the changes in WissIntra NG Release 1.2.26420.0.

Changes in the Audit Manager

Total of all assessments and findings in the audit report

The audit report (both tab and print) now displays the total of all assessments and findings, as well as the total number of criteria included in the audit.

Adjustment of the presentation of criteria in the audit report

A criterion will no longer be separated by the page break, so that the entire documentation of a criterion is always displayed on one page. The space required for a criterion has also been compressed somewhat by adjusting the blank lines, so that several criteria fit on one page and the audit report does not become unnecessarily long.

In addition, the numbering from the "Criteria" tab is now also displayed in the "Report" tab and on the "Audit Report" printout for better orientation.

To enable auditors to work in locations without a stable network connection, a printable form is now available for the manual recording of audits.

Via the button "More" a PDF containing all criteria of that audit can be generated and printed out. In this compact view, the assessments and finding types can be checked off and corresponding explanations noted below them. 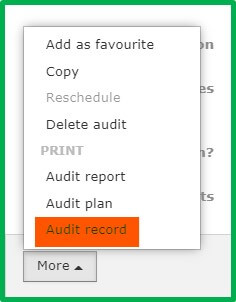 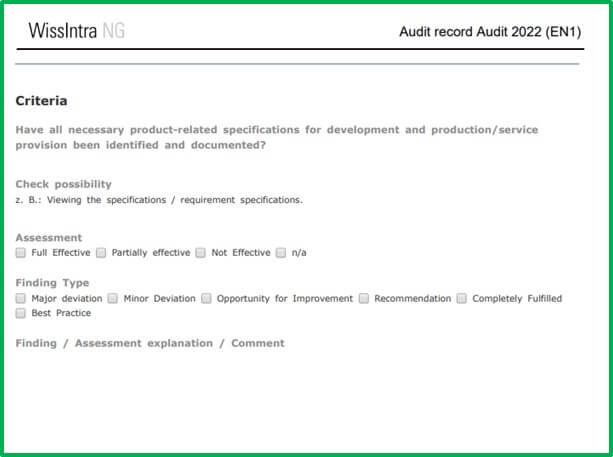 New “Show for all locations" button for audits

With the button "Show for all locations", actions can already be displayed across locations in the Action Manager. This function is also available in the Audit Manager now. Users can use it to display all audits across all locations (of course still restricted by the roles and user rights assigned to them).

Changes in the Action Manager

Additional substitutes in an action

As it is necessary for some of our customers, several substitutes can be designated for one action in the future. All as substitute assigned users receive the same notifications like the sole substitute previously.

New “Show for all locations" button for tasks

The "Show for all locations" button can be used to display actions across locations. This function is now also available for tasks (still restricted by the assigned roles and user rights).

Changes in the Document Manager

The "Access restricted?" feature has been removed, as announced in the previous release notes.

Changes in the settings (Administration)

New function “Replacement of the document responsible” in the Document Management

Similar to the already existing function “Replacement of the process responsible” in the Process Manager, administrators have now the possibility to make a "mass change" of the document´s responsible person. This function supports not having to adjust each document individually when changing the responsible person (e.g. in case of a succession). Now the responsibility for all (or several) documents assigned to this person can be assigned to another user at once. This replacement does not have to happen immediately but can be set by a date. 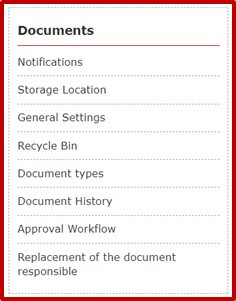 The button „Show non-imported users“ can be used to filter the entries in the LDAP users list for not yet imported users. Thereby users can be found, selected, and imported more quickly from the AD (Active Directory). Alternatively, all users can still be displayed.

Notifications after expiry of the validity date for actions

Up to now, it was only possible to create a notification before expiration. In future, it will also be possible to define that after a definable number of days following the expiration of a determination/task of a measure, certain roles/users will be notified of this by e-mail. 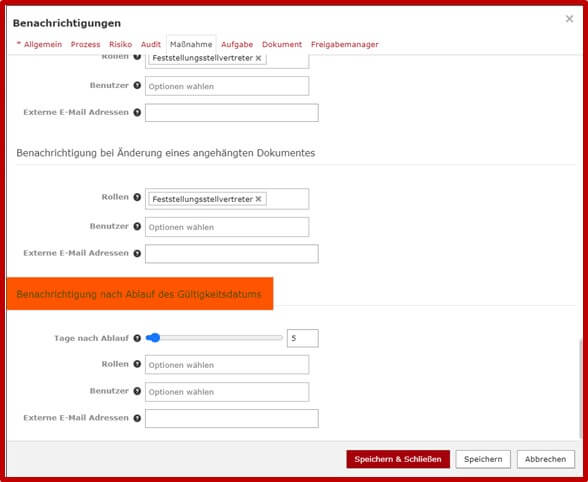 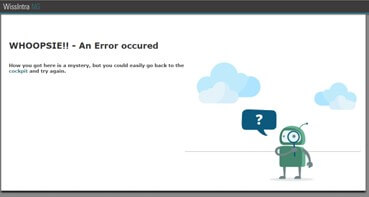 The prioritization of all open ideas and requirements described in the last release notes has been completed. Thematic development packages are currently being put together from these in order to be able to implement them in a targeted manner in the future. In addition, a product roadmap is being planned, which should provide more transparency with regard to the planned further development. If you have any comments or questions, please do not hesitate to contact the responsible product manager Pascal Lottmann (Pascal.Lottmann@kuk-is.de).